Star Wars fans have had a question since January 23, and the answer might actually come from the latest French translation of the movie.

In a press release, the franchise had released the English title of its eighth episode: “The Last Jedi”. Ever since, fans have been wondering who was that last Jedi. Is it Luke? Is it Rey? Could there be more than one?

The French translation gives a clue 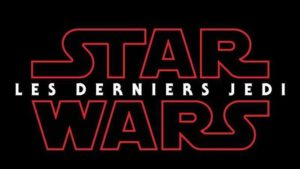 Unlike in English, there was no way to stay ambiguous when translating “last” into French. If the noun is plural, the adjective needs to agree with it.

Had we seen “Le dernier Jedi” (singular), we would know there is only one remaining Jedi.

But what do we actually have in the French version of the title? “Les derniers Jedi”. That’s definitely plural, and if correctly translated, would answer our questions. At least partly. We now know there is more than one final Jedi in the movie.

But who are these last Jedi? It is possible that on top of Rey (Daisy Ridley) and Luke Skywalker, we could get a surprising name: Leïa, Kylo Ren (aka Ben Solo, son of the great smuggler Han Solo, portrayed by Harrison Ford). Even Finn, could join the ranks of these “Last Jedi”.

Not the first time the French translation reveals plot points

With that, chances are good we’ll see more than one Jedi in the upcoming movie. Now fans still have ten months to speculate on to just whom these last Jedi are. What are your ideas?

For more readings on translation, visit our translation services page where we list all the blog posts related to this topic! Yes, that includes more movie translations.